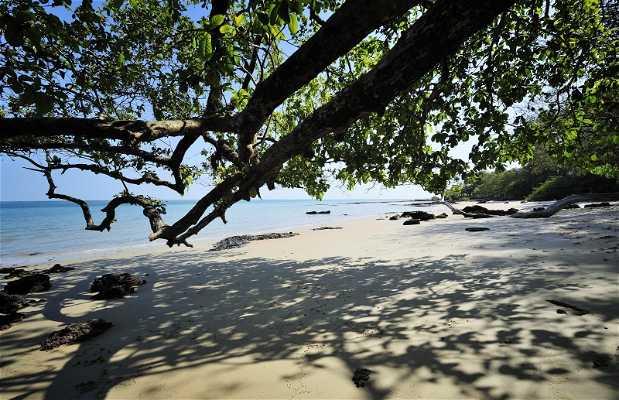 The bijagos are a peaceful and hospitable people wih a vast culture in harmony with environment.

The Bissagos or Bijagos archipelago consists of twenty main islands and dozens of smaller ones. It forms part of Guinea-Bissau and is located in the Atlantic Ocean off the African coast. Only twenty of the islands are inhabited all year round. The archipelago was formed out of the ancient Geba river delta and possesses a vast diversity of environments, all of them bursting with life: mangrove swamps, palm groves, forests, rainforest remnants, wooded savannah woodlands, beaches and lagoons. Declared a Biosphere Reserve by UNESCO in 1996 and a Ramsar Site in 2014, the islands are renowned for their natural richness. The earliest written references to the Bijagos islands date back to 1456, when the first European explorers portrayed them as a seafaring people, fierce and warlike, immersed in both the slave trade and piracy. In 1535, they defeated a Portuguese bid to conquer the islands. Not until the late nineteenth and early twentieth centuries were they finally colonised by them after a strong resistance from the population. The Bijagos live in a lush, fertile and rich natural environment. They rely on a subsistence economy which is based on personal consumption; taking from nature what they will consume each day. They grow rice, pulses, cashews and vegetables; they own farms with chickens and pigs, they fish and take full advantage of all parts of the palm tree.